Not Much Stitching, Lots of Planes

Isn't it strange how we often fail to visit places of interest on our doorsteps?  We had friends to amuse today and took them to the Battle of Britain Memorial Flight at RAF Coningsby, just a few miles from home and we had never been before!
Planes are not my thing as machines, engineering feats or for their wartime exploits but they interest me in an emotive way, they are nostalgic and the stories of individual crew members make me feel humble.
The BBMF had been in London on Saturday for the fly past at Buckingham Palace in commemoration of the 75th anniversary of the Battle of Britain and, as the weather was poor yesterday, we weren't sure if they would be back.  We joined a hangar tour and while we were learning about the Dakota plane a Hurricane and a Spitfire were returned to the hangar and tucked up quickly out of the rain. 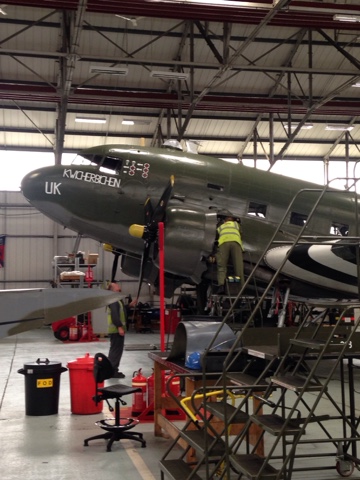 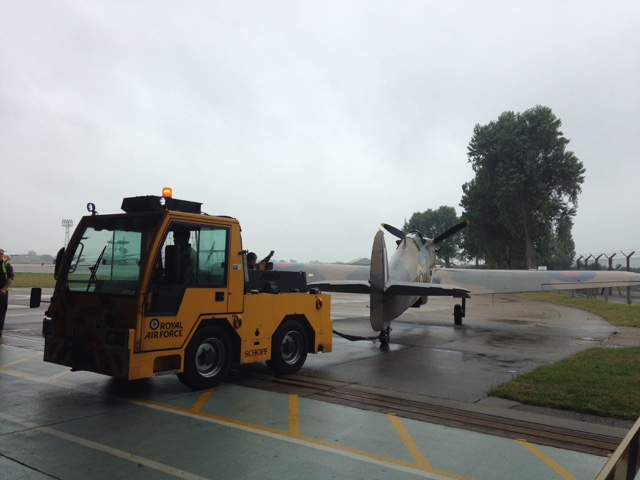 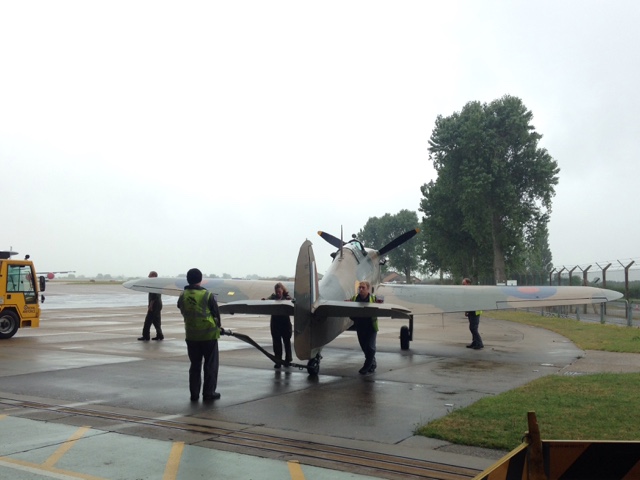 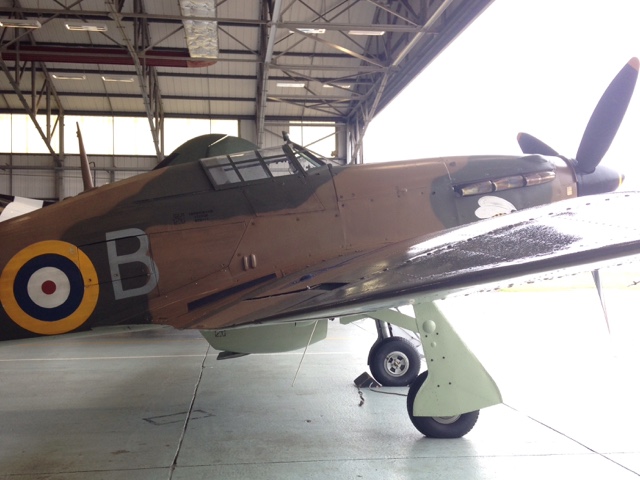 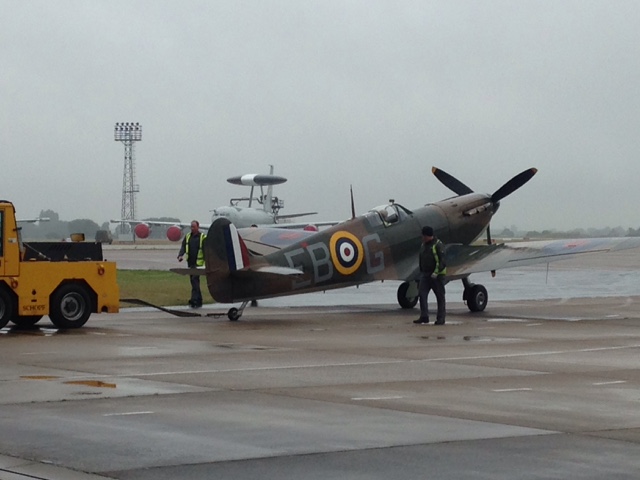 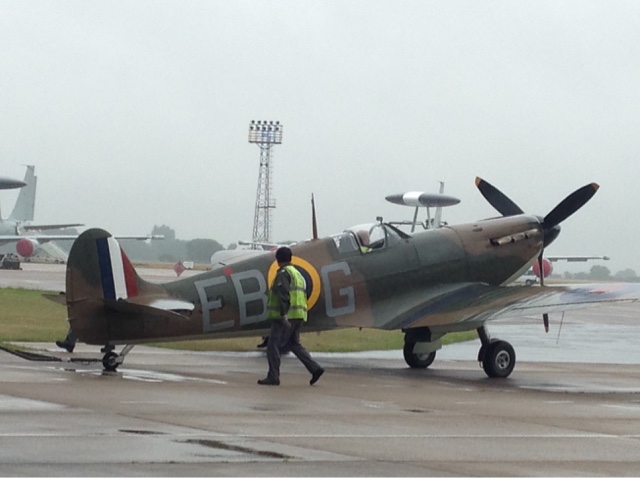 After oohing and aahing we moved on to learn about other Spitfires from our amazingly knowledgeable guide who gave us over two hours of his time and enthusiasm. 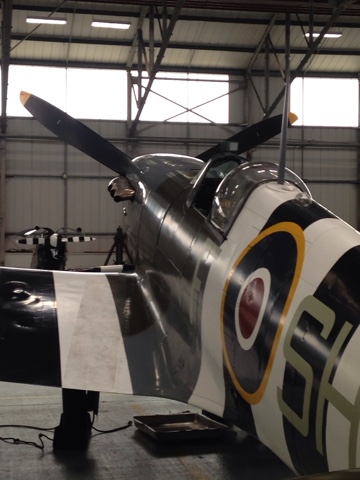 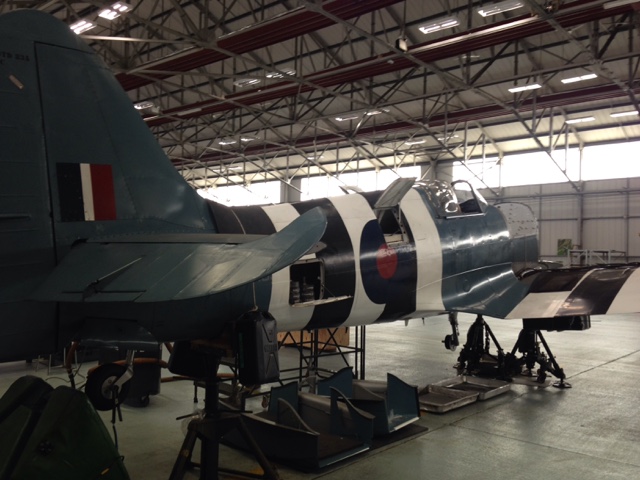 One special thing we learned brings us to the little bit of stitching referred to in the title of this post. Here is a close up picture of a Spitfire wing. 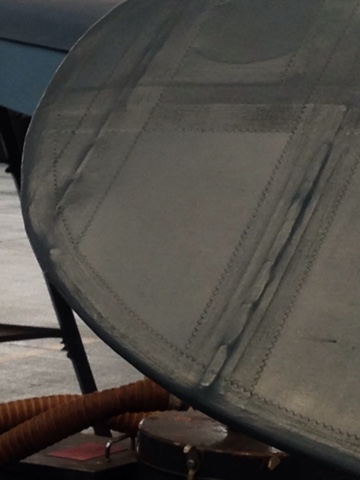 Can you see? These plucky little planes were covered with Irish linen and the fabric was cut with pinking shears.
The finale of the tour was the Lancaster, one of only two still flying. She had an engine fire recently, hence all the scaffolding and work going on, but still looked amazing. 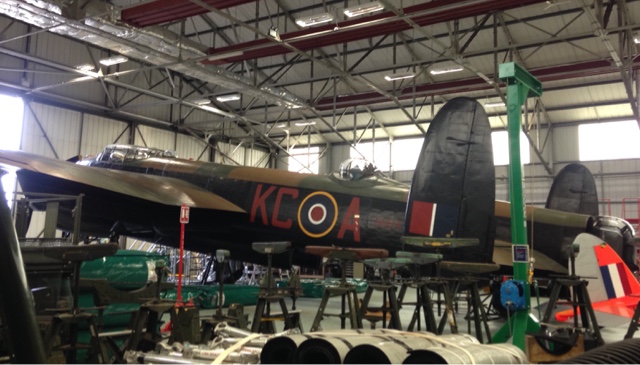 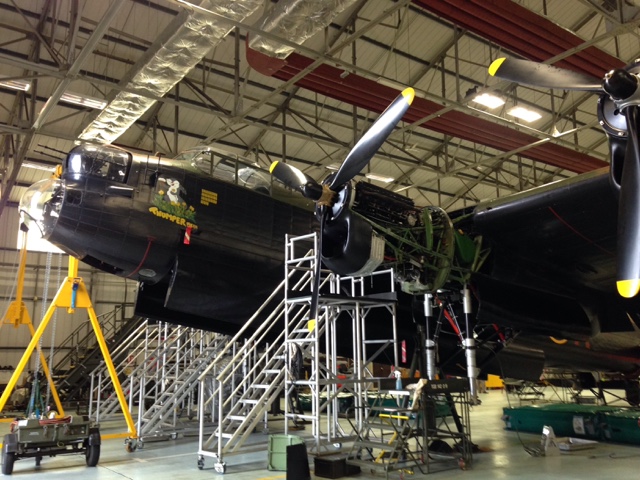 All in all a great day out, we must visit other local attractions.
Posted by Lis Harwood at 19:46 3 comments:

Lis Harwood
Lincolnshire, United Kingdom
In my prime (50 plus taxes), living a relaxed English city-based lifestyle with the option of escaping to a country cottage with my beloved. I have a particular enthusiasm for Japanese textiles and techniques and, after a very special trip to Japan in 2012, my stitching projects are becoming increasingly influenced by Japanese style. I try to ignore my chronic illnesses and eat mainly vegetables chopped up in my Thermomix to maintain my health and to fund my fabric and travel habits! I especially want to return to Japan and I hope to visit New Zealand again soon. I have two wonderful grown up children and two grandsons, one being the gorgeous Sam, who appears frequently on these pages.